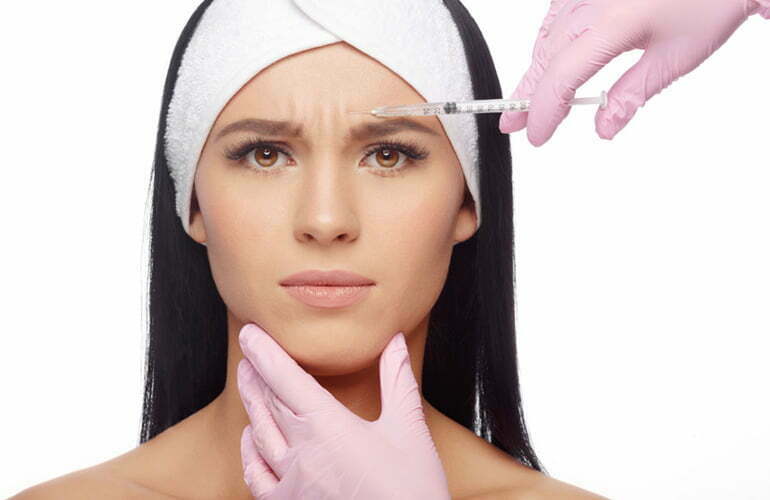 Botulinum toxin (Botox) consists of 7 types of neurotoxins; however, only
toxins A and B are used clinically. Botox A is used for several disorders in the field of
medicine, particularly in dermatology, for cosmetic purposes. It is produced by the bacterium
Clostridium botulinum and can be used as a treatment to reduce the appearance of wrinkles
in the upper areas of the face, elevate the eyebrows and treat problems such as hyperhidrosis,
lichen simplex, pompholyx (dyshidrotic eczema) and acne vulgaris.
Objectives: This article provides a literature review regarding the general issue of Botox as
a treatment for reducing facial wrinkle.
Discussion: Botox works by blocking the release of acetylcholine, resulting in paralysis of the
local muscles, which usually occurs 24 hrs to two weeks following Botox injection. This effect will
last three to six months. The optimal dose of cosmetic Botox in dermatology is 20 units. Botox is
relatively safe and does not result in any adverse side effects. However, in certain circumstances,
the effect of Botox will gradually resolve, resulting in reduced muscle paralysis over time.
Conclusion: Botox is good and safe medicine to reduce the appearance of facial wrinkles.

Botulinum toxin (Botox) is a drug made from a toxin produced by the bacterium
Clostridium botulinum. In large amounts, this toxin can cause botulism, an illness
that affects the nerves. Botox has been used since the 1970s in the field of
ophthalmology, and in the last 20 years, its use has expanded to various health
scopes, especially dermatology.1,2
Botox consists of 7 types of neurotoxins; however, only toxins A and B are used
clinically. Botox A is used for several disorders in the field of medicine, particularly
in dermatology, for cosmetic purposes.3 The first type of Botox introduced to the
market was onabotulinum toxin A. In 2002, it was recommended to be used as
a cosmetic treatment for glabellar frown lines by the Food and Drug Administration
(FDA).2,4,5 The second formulation of onabotulinum toxin A, which was produced
in France, obtained its license to be used for esthetic purposes from the European
Union in 2006 and was approved by the FDA in 2009.5,6 Botox type A has become
a term used by the society to describe all ingredients used in cosmetic treatments.7
A study in 1994 reported the effectiveness of Botox A for reducing the
appearance of facial wrinkles; since then, it has been used as a cosmetic
treatment.8 Botox injections can be used to treat glabellar frown lines, wrinkles